Our team is comprised of smart and dedicated people who believe in our long-term vision, that it is indeed possible for all South African kids to learn to read for meaning and calculate with confidence by age 10 by 2030. These are the people we trust to lead our programs, develop our materials, and advocate for their widespread uptake by government. 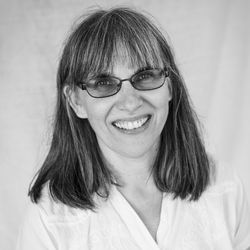 Ingrid Sapire has been involved in mathematics teacher education for 25 years. After teaching mathematics in schools, she began lecturing at the Johannesburg College of Education (JCE) (1993-2001). She was a materials developer and lecturer based at the RADMASTE Centre at the University of the Witwatersrand (Wits) (2003-2006) and then became a part time staff member (primarily as a researcher) in the Wits Education Department (2007 to present). She has been involved in the development and presentation of materials for mathematics teacher education courses and training programmes, has developed numerous systemic mathematics assessment instruments and has written and edited both high school and primary school mathematics textbooks and resource material. She has also developed and reviewed print based and online OER (open educational resource) material for mathematics teachers and teacher educators. She has worked as a writer and researcher for Wits, SAIDE (The South African Institute of Distance Education), the HSRC (Human Sciences Research Council) and JET (Joint Education Services). She has been involved in the implementation (at scale) of mathematics lesson plans (which are supported by bilingual learner material) for Foundation Phase teachers. In 2017-2018 she was the leader of the project Researching Multilingualism in Foundation Phase Mathematics and was the chairperson of a ministerial task team that developed a framework for the teaching of mathematics in South Africa schools. She is currently still based at Wits University and is working on her PhD, on multilingualism in Foundation Phase Mathematics. In 2019 she began working as the Head of Mathematics for the Bala Wande project.

Debbie was a lecturer at Wits until a few years ago, was part of the GPLMS project for a year and before that worked for many years for a literacy organisation, READ (Read, Educate and Develop).

Early literacy development was the topic of her PHD.

Sorry, we can’t seem to find any matches for your search. Have a look at our popular searches below.